Tripawds Supporter sites have no ads!
Skip to content

Tripawds is a user-supported community. Thank you for your support!

Yesterday I took Mr B and his leg for a “last walk.”  He was running around happily on four legs, sniffing everything, in absolutely no pain.  Apart from the lump on his hip you wouldn’t know anything is wrong with him. 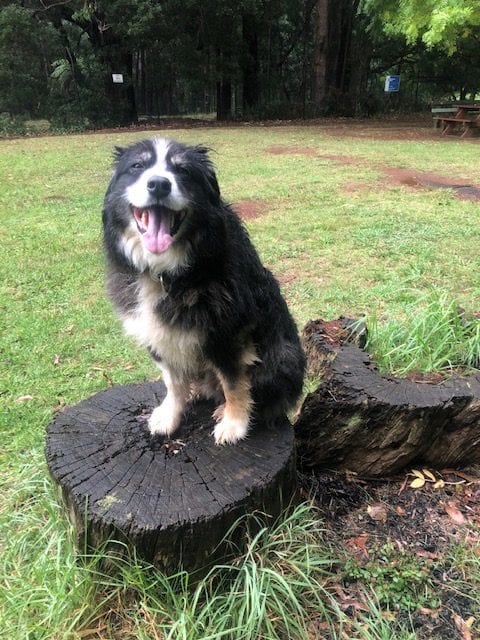 As I write this, Mr B is currently having surgery to remove his back right leg.  We dropped him at the vet’s this morning and now we are just waiting for news.  I’m still not sure we are doing the right thing.  He has a large 9x7cm myxosarcoma sitting right on top of his hip, so the only way to remove it with “clean margins” is to take the whole leg and part of his pelvis.  It sounds so brutal, but the only other option is to let the cancer keep growing. Apparently chemotherapy isn’t effective but amputation is considered “curative.”

Three and a half hours later, the vet has just called to say that the surgery was complex, but went well.  He is sedated and has an epidural for pain relief.  Hopefully he will stay asleep for a some time yet to aid his recovery.  They will give us an update tomorrow morning, which seems approximately FOREVER away.

I now  have a three legged dog.


To remove ads from your site and others, upgrade to a Tripawds Supporter blog!

This site uses Akismet to reduce spam. Learn how your comment data is processed.

About Your Tripawds Blog:

New Tripawds Bloggers: Please review your default first blog post for help getting started with your blog or review the Help Videos in your dashboard. Edit these widgets from your Appearance settings to remove this notice, upload a custom header photo, or choose from 130+ themes, and much more!

Mr B is brought to you by Tripawds.
HOME » NEWS » BLOGS » FORUMS » CHAT » YOUR PRIVACY » RANDOM BLOG


Tripawds Supporter sites have no ads!